Living lost at sea, that's how I guess a lighthouse guardian view his life and honestly, sometimes I envy him.

Scene realized for 3D Art competition "Lost At Sea" organized by Turbosquid.
Scene realized and modelled in 3DsMax render engine Vray, no postproduction, except for the base VFB Bloom and Glare effecte and LUT correction, texture made in Photoshop.

3rd party content used in the scene:
The background sky is a Noemotion HDR by Peter Sanitra is licensed under a Creative Commons (http://noemotionhdrs.net/).
The rocks are a modified version of the scanned model by 3dhdscan are licensed under CC Attribution from Sketchfab (https://sketchfab.com/3dhdscan).
As suggested by Turbosquid, I used, as a base model, 3 model from the SteamCell free model allowed, The LightHouse, The Yellow coat and the LifePreserver, I modified a lot adding details and texture changes.

back to EXTERIOR portfolio 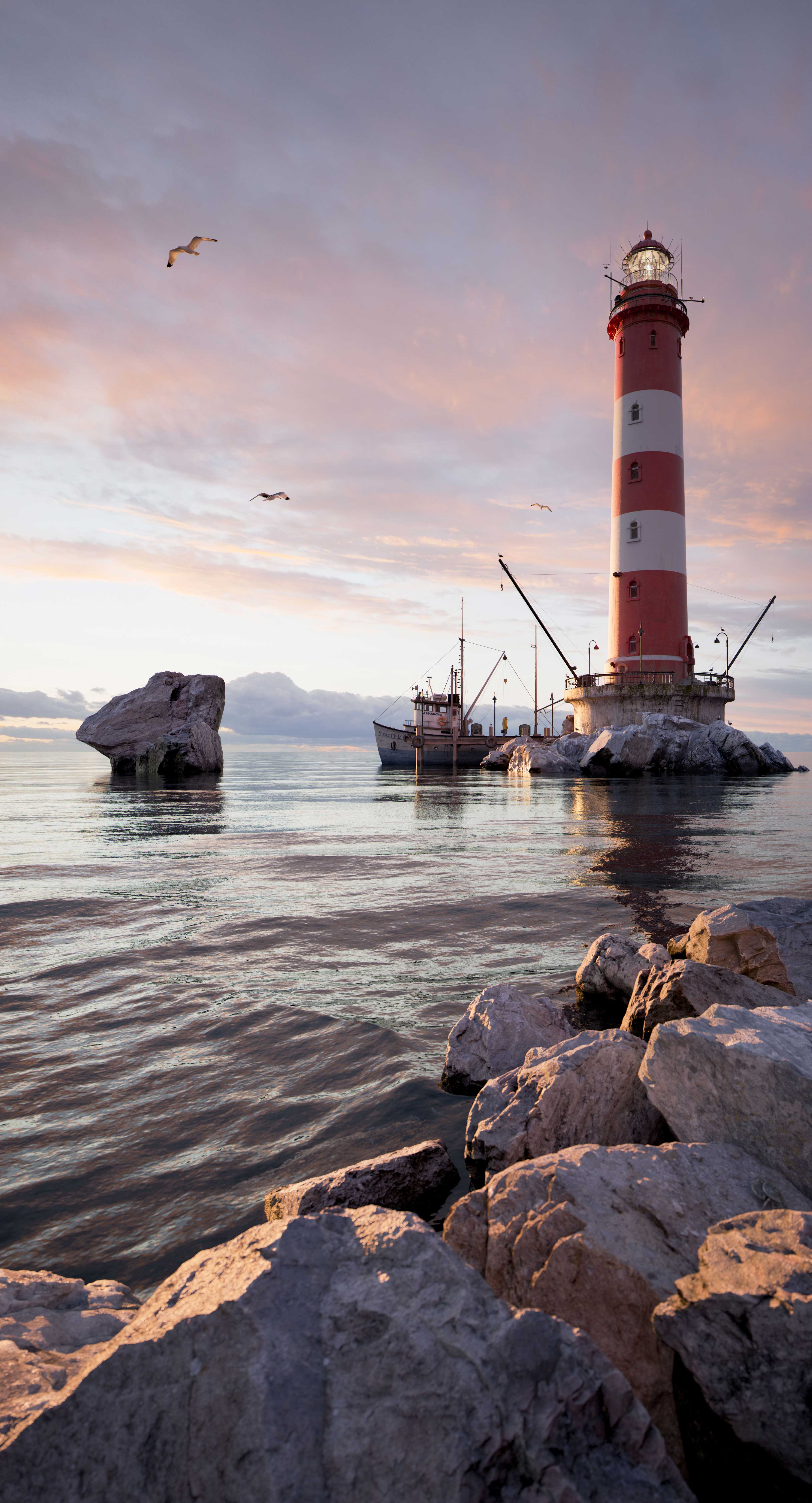 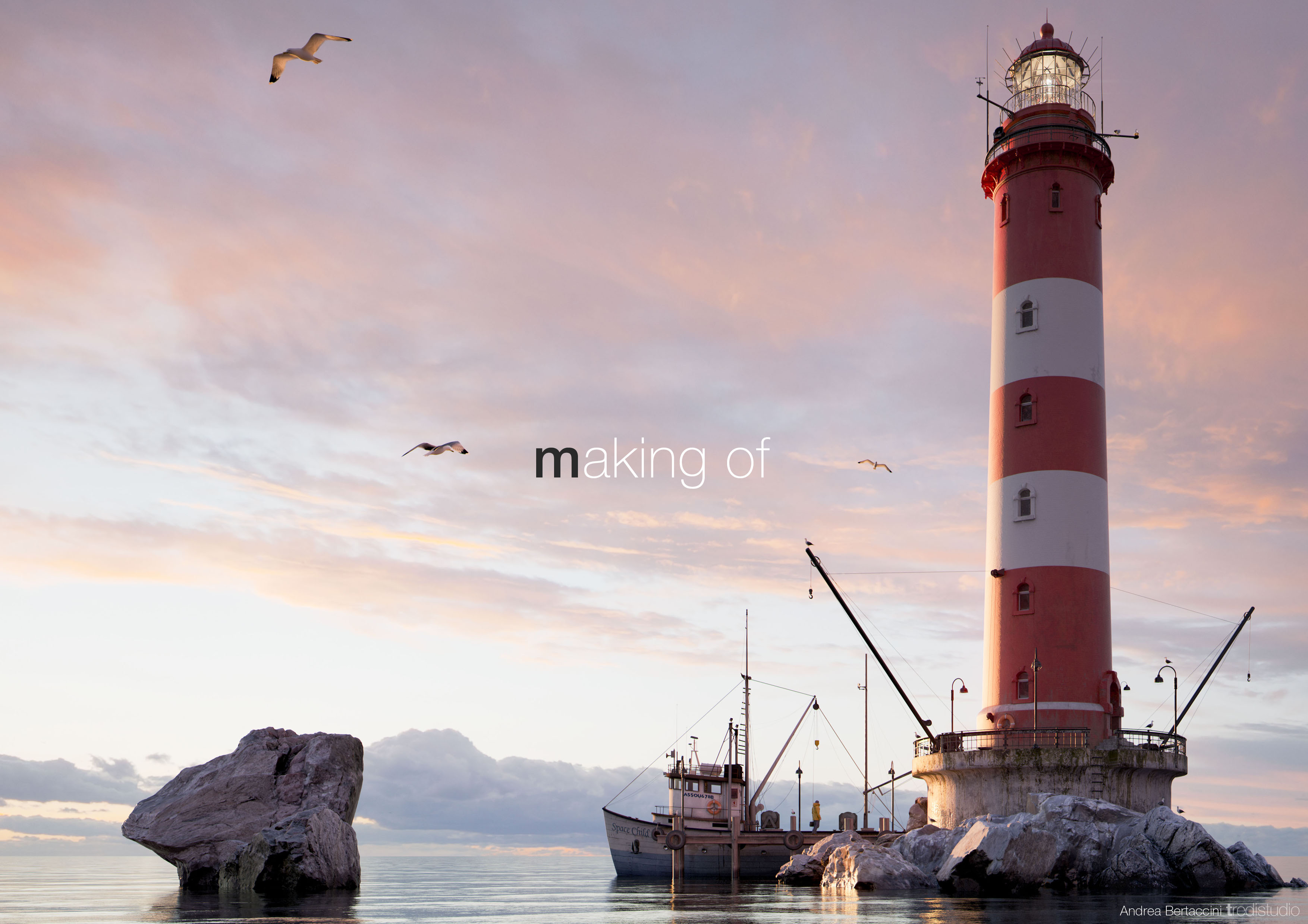 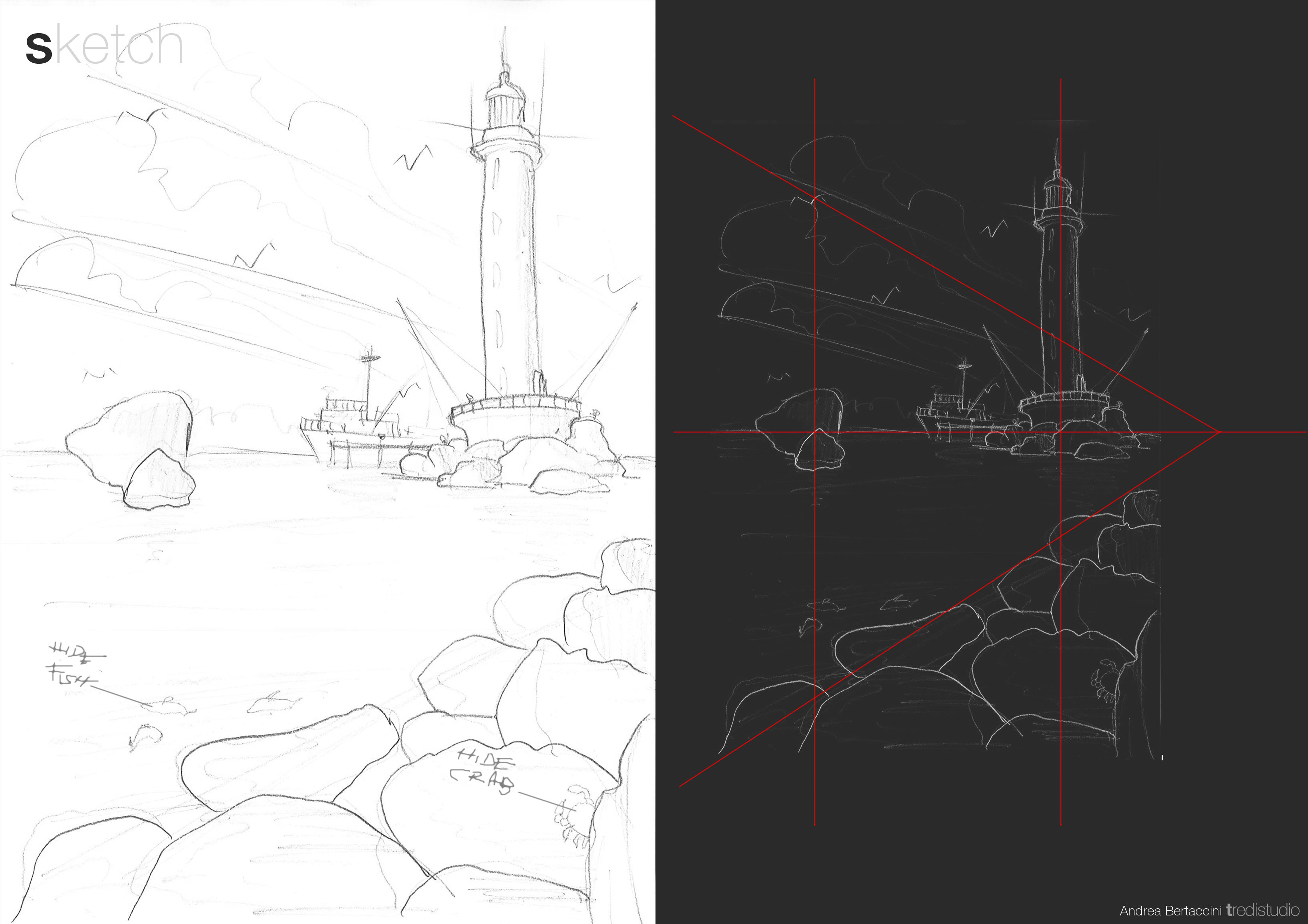 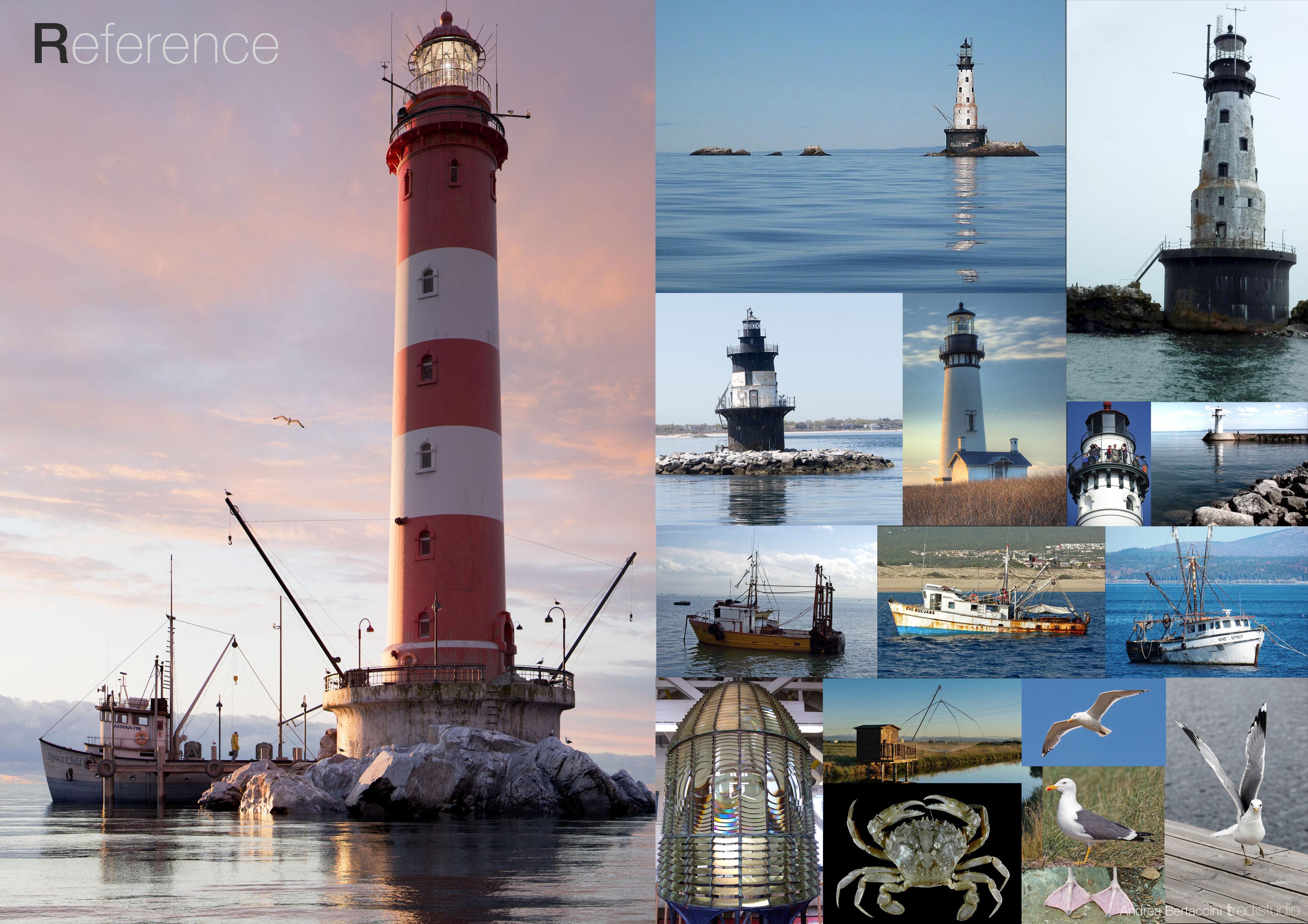 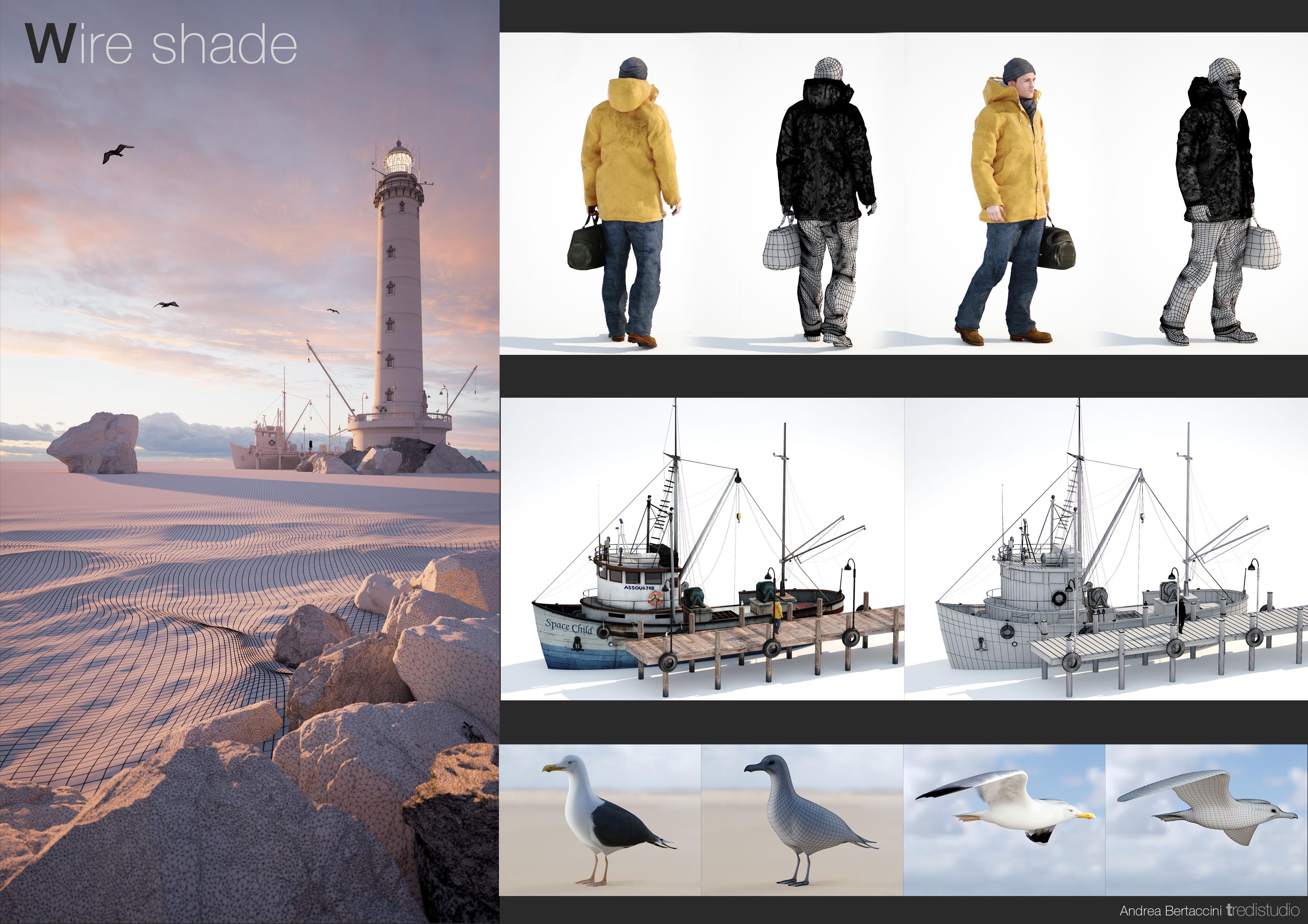 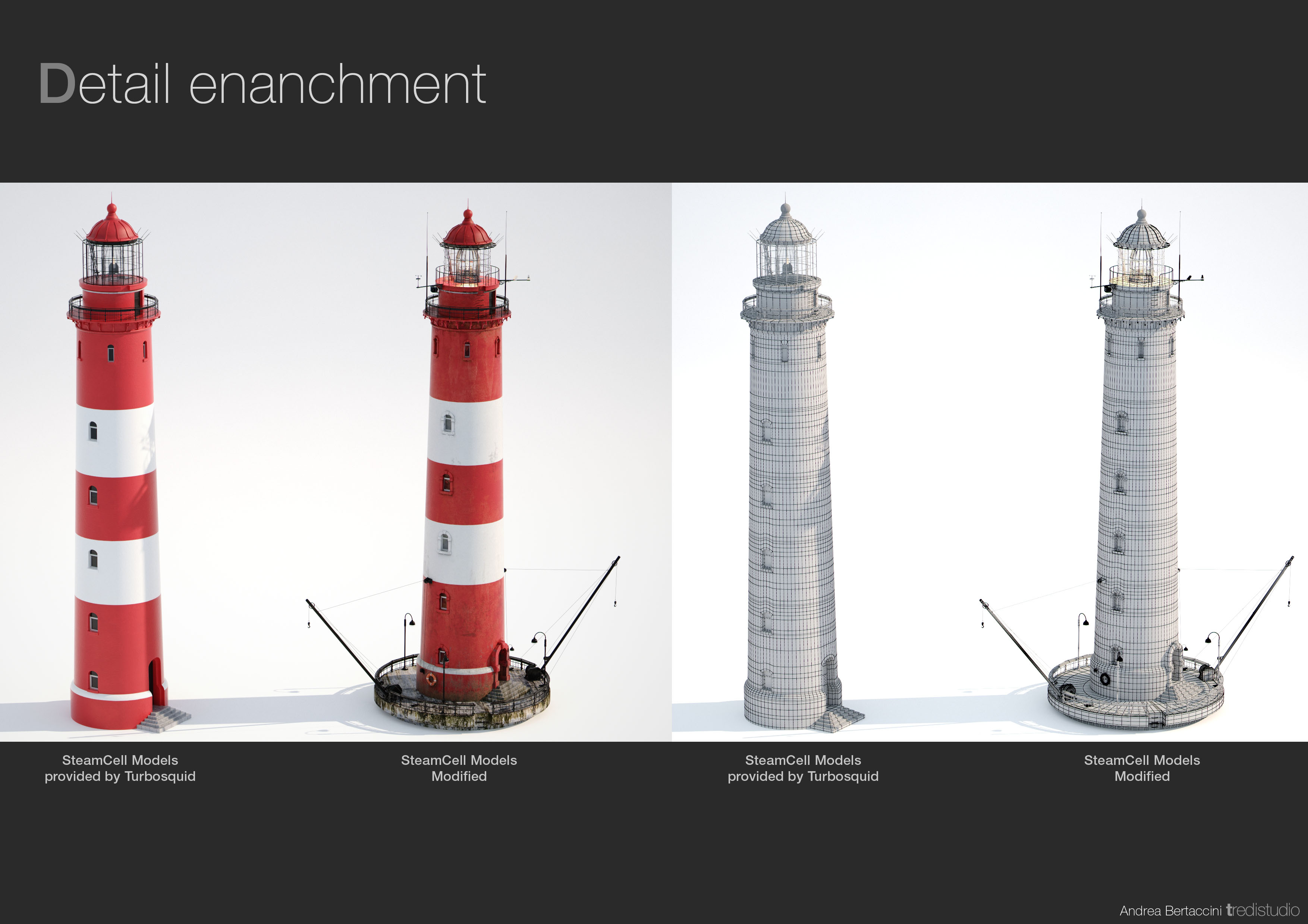 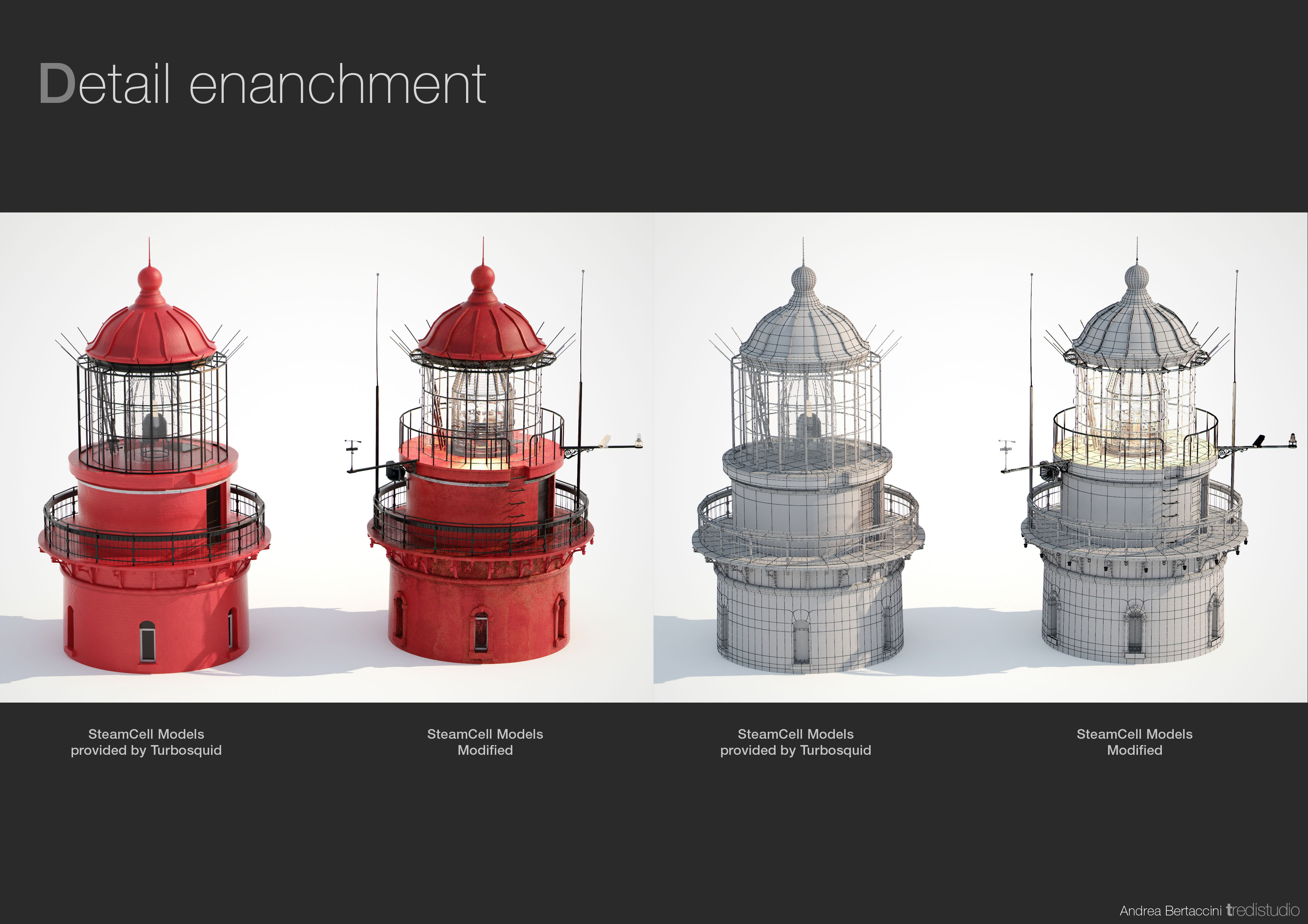 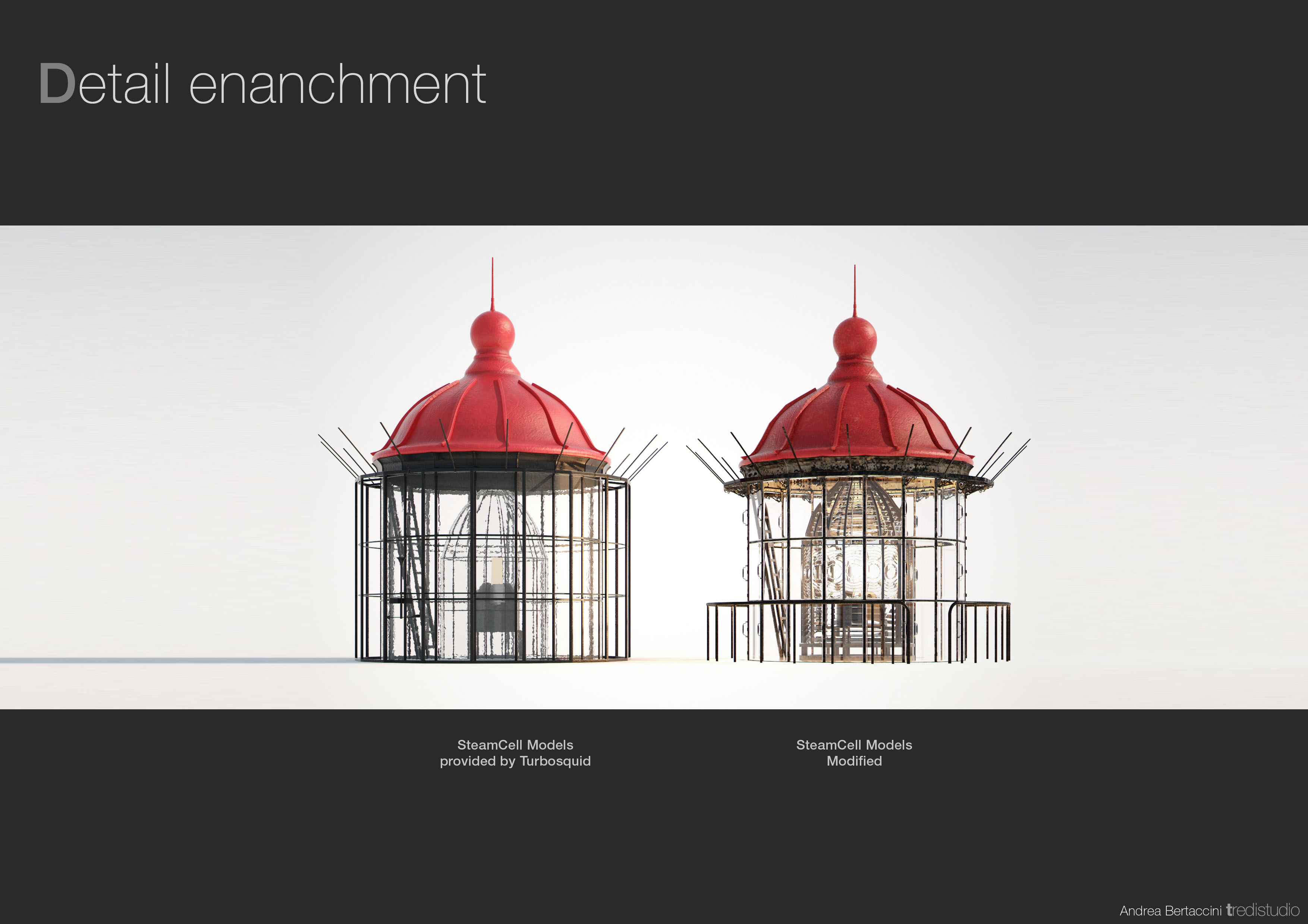 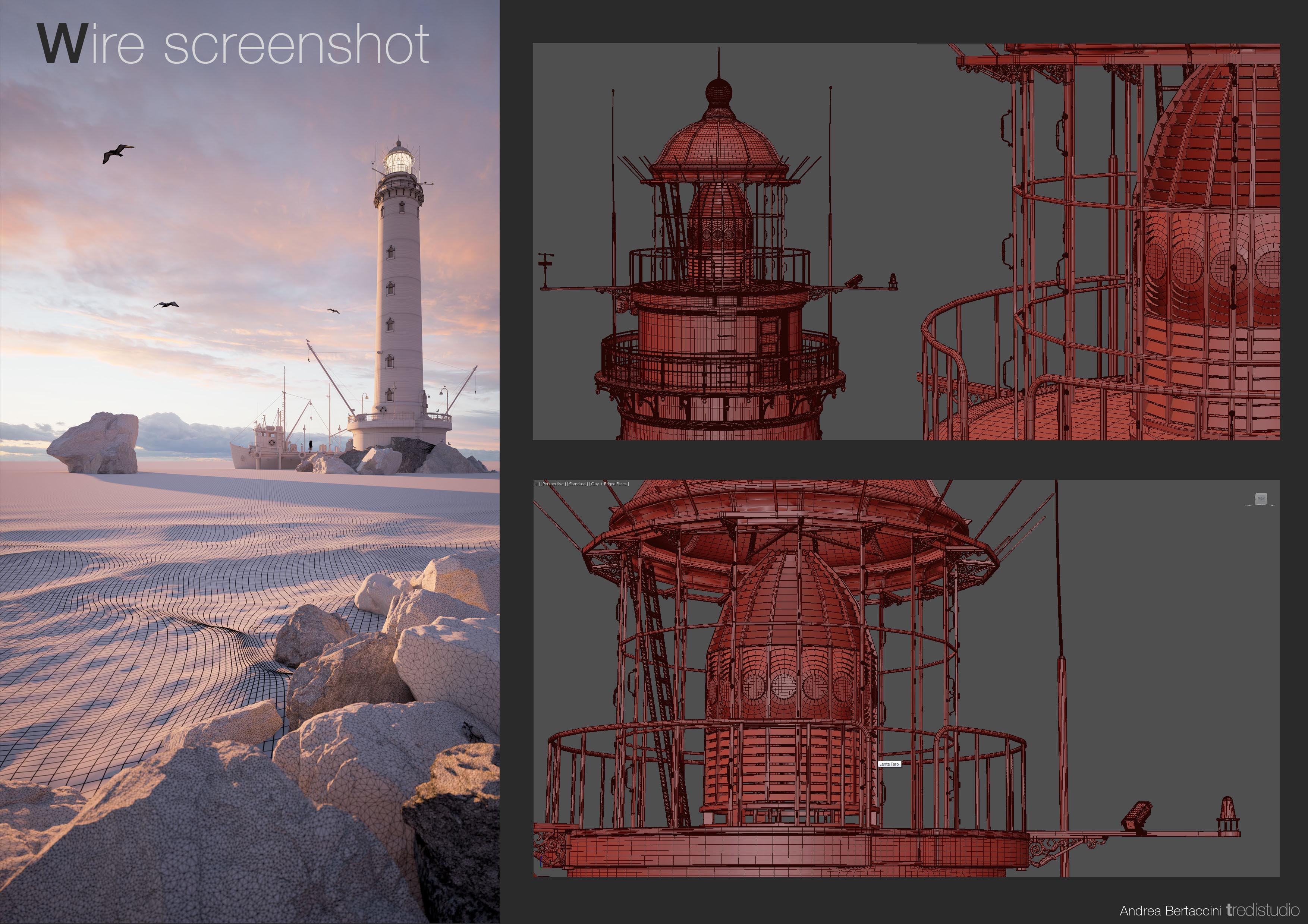 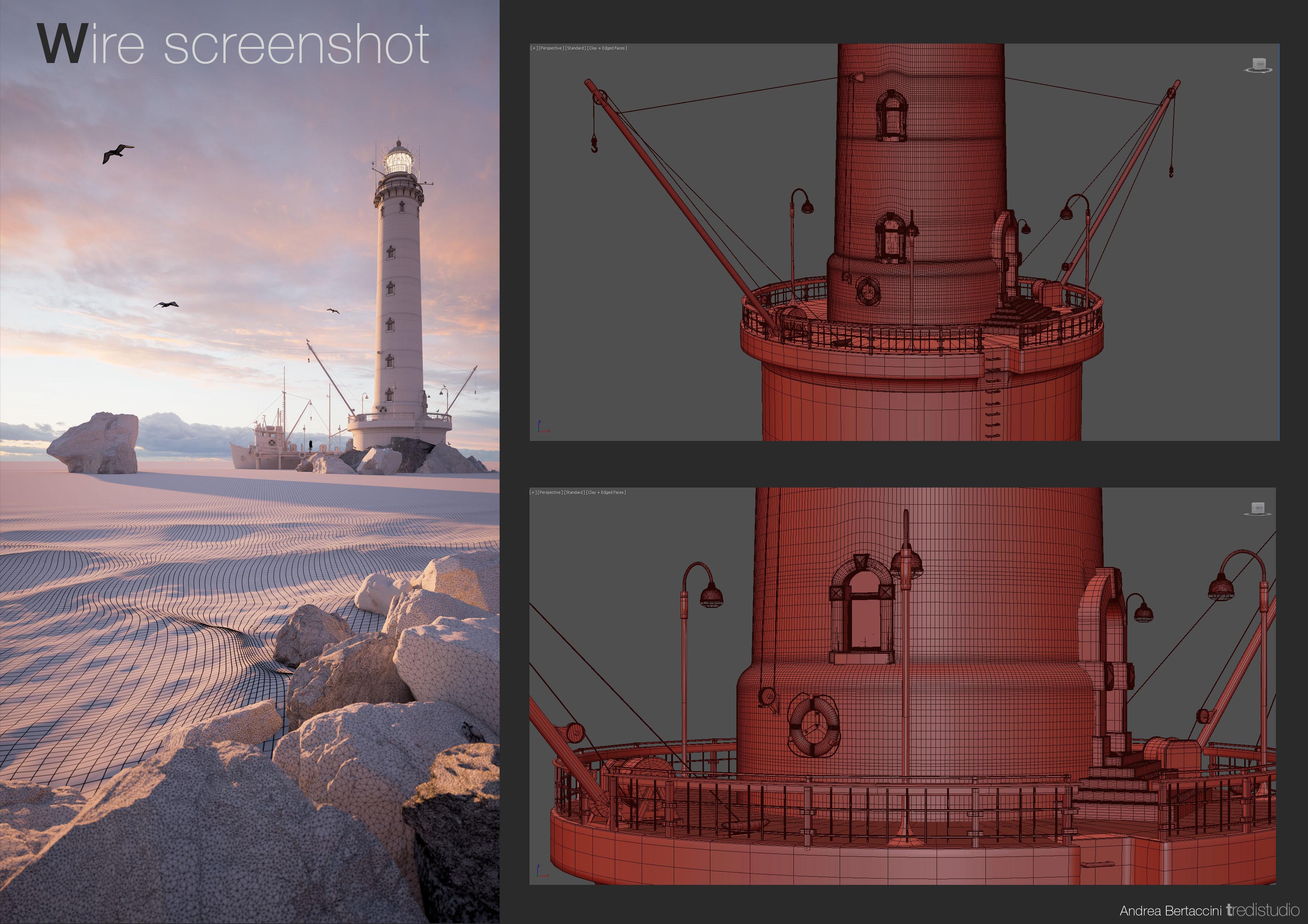 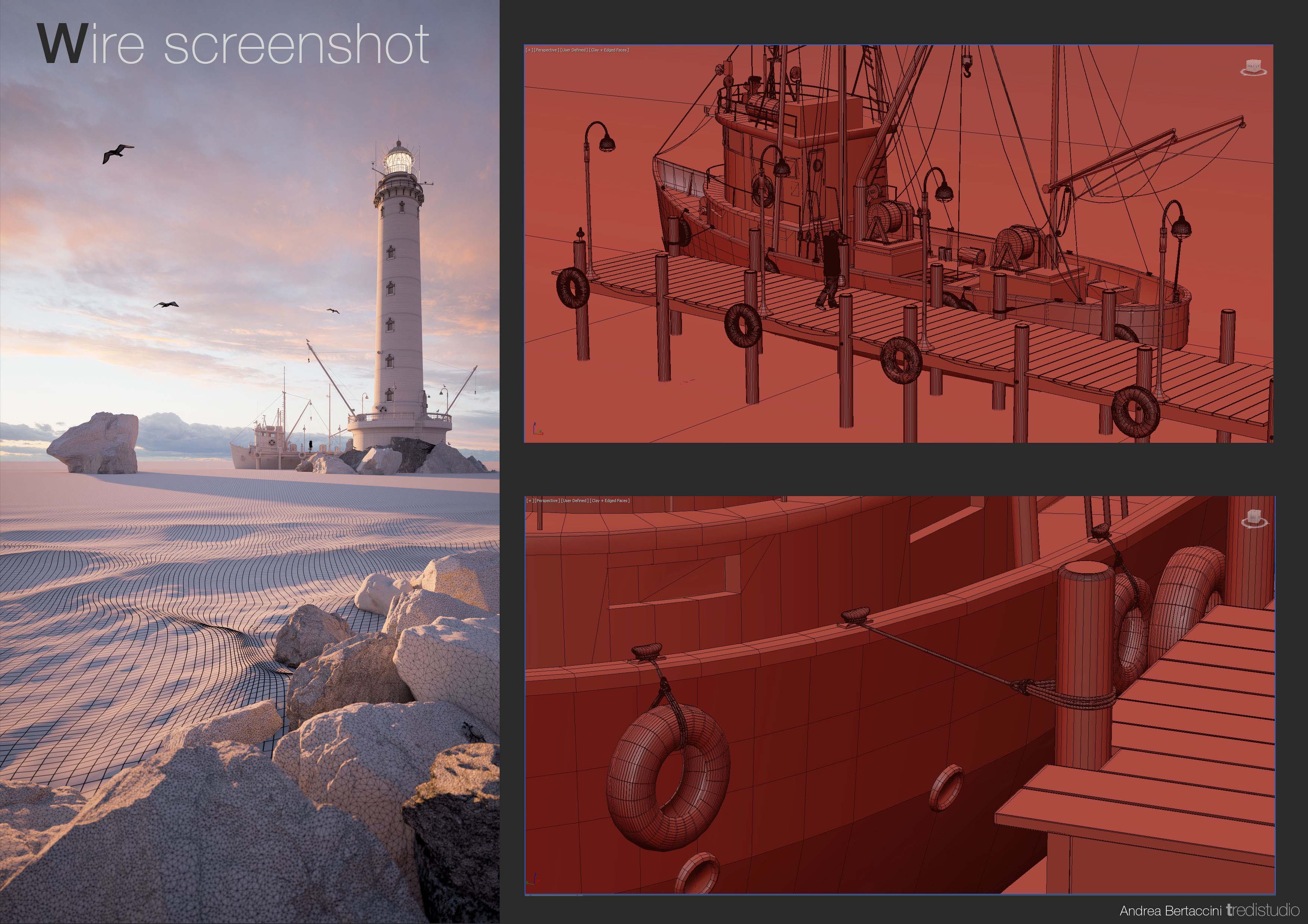 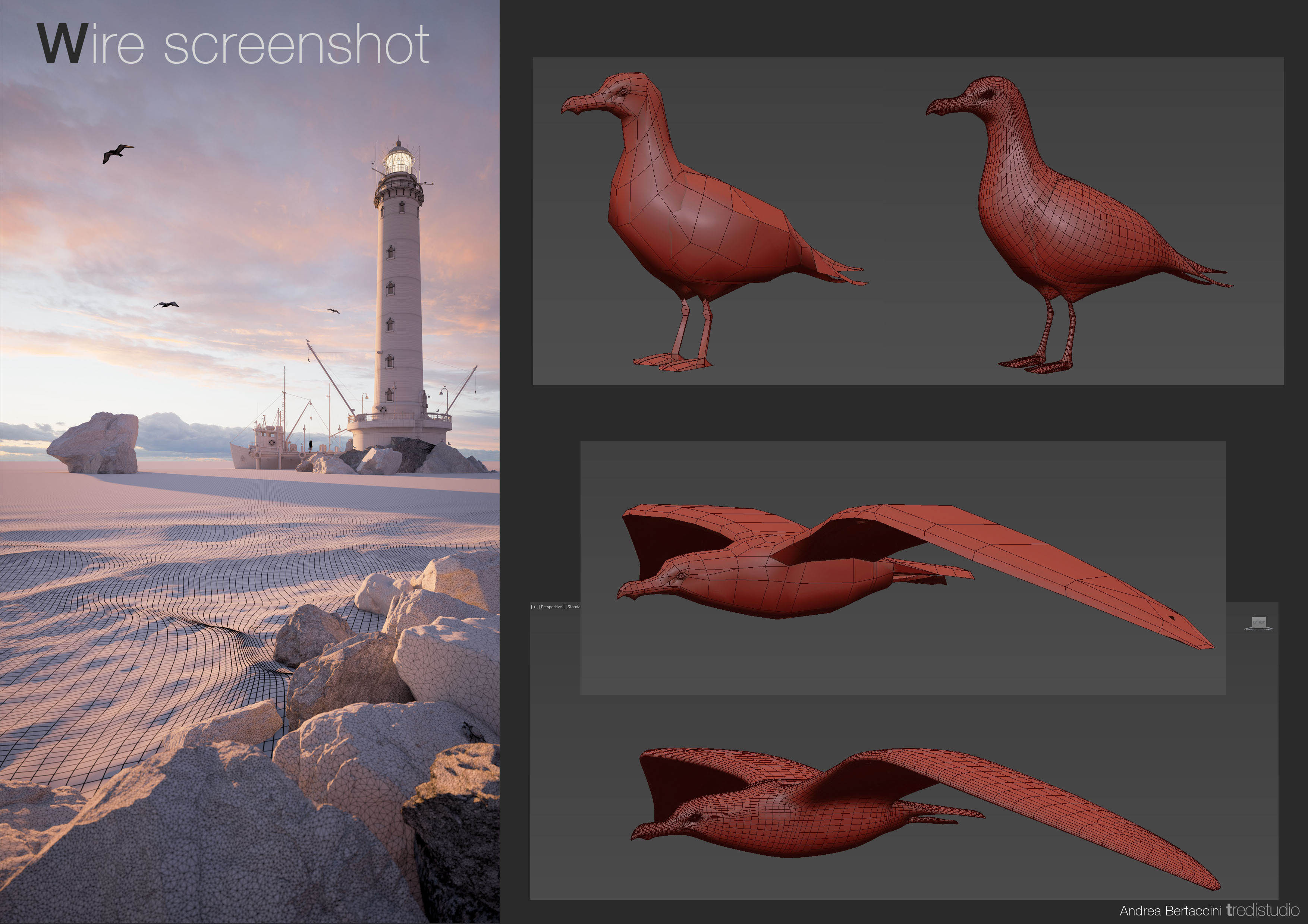