I was always attracted from the Japanese culture especially from the Samurai era and the Katana was one of the extraordinary things of that period.


The Katana was based on the Gunome stile Hamon, I try to follow all the rule of the real Katana.
Also the Temple was based on a real samurai temple, the Engyoji at MT. Shosha in Japan..(the same used in the last Samurai movie)

All was modelled in 3DsMax 2011, rendered in Vray 1.5 and postworked in Photoshop, 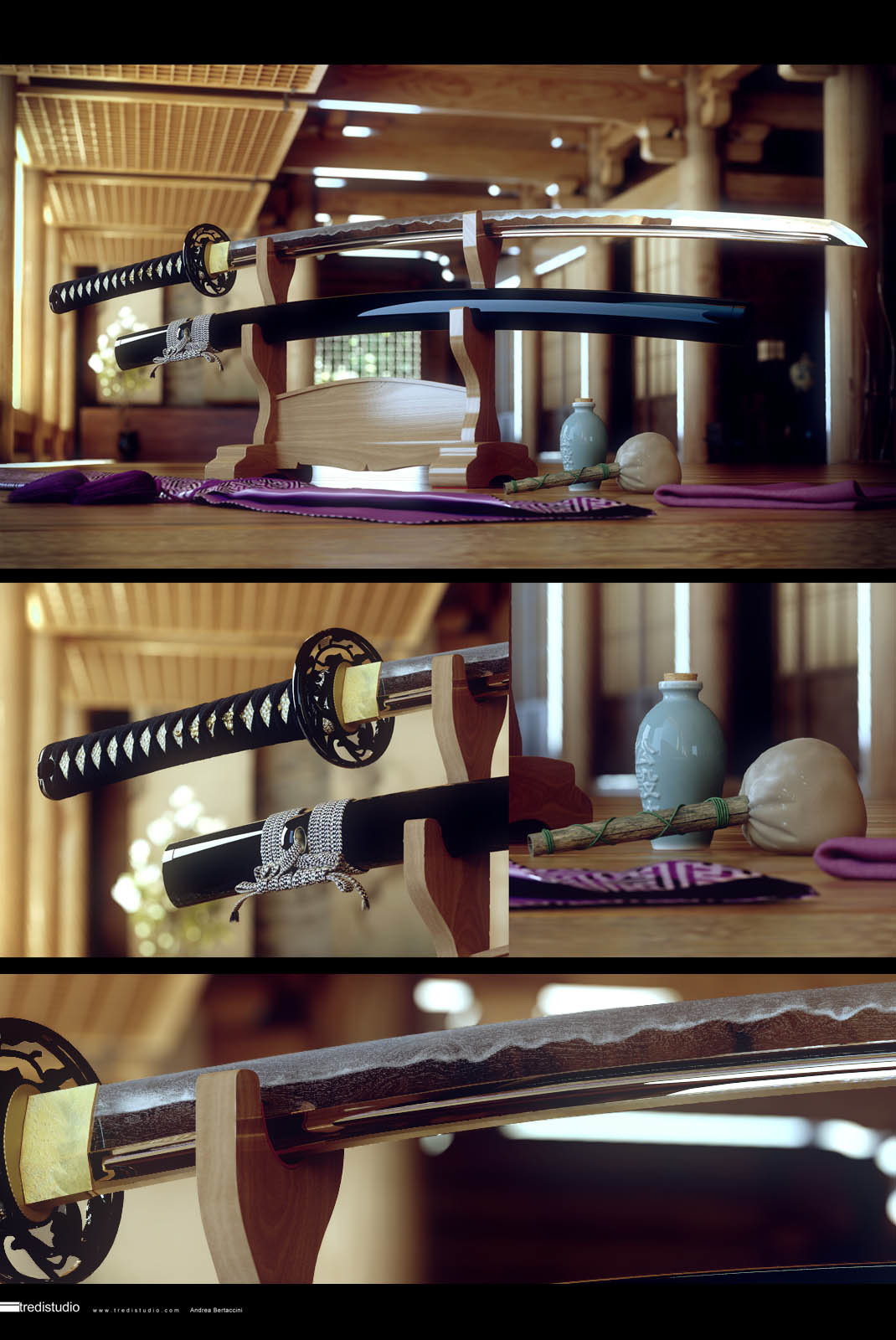